Meet my fish it’s an Oscar fish.. And right now I need some names so go ahead leave a comment and let me know.

Picture below of the big fella

I’ve had this one for 7 months now since September last year and man he has been growing fast 7 months might not be long but grown up fast lol.

Leave a comment below and let me know of any names and ill post the name I choose. 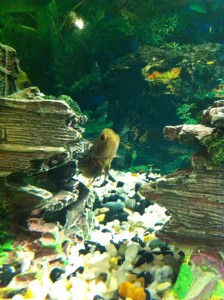 Went to Office Works yesterday afternoon and not a awesome Glass Computer Desk for like $99 how sick is that.. 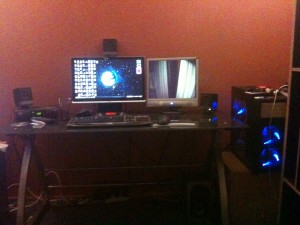 Anyway it’s like 3:20AM lol so I should probably get some sleep

An awesome friend of mine lent me his car for the next 6 months due to reasons I wont disclose.

Anyway I decided to get some insurance on the car in case I am involved in an accident and went with the Full Comprehensive to make sure if something does go wrong so I am fully covered.

They took out the amount for two months of Car Insurance which is fine but when I find that they took out EXTRA! for Home and Contents Insurance which I did not ask for or even setup but come to find that my Debit Card (almost the same as a Credit Card) details had been used to setup a Policy for some random person in Western Australia.

I was not at all impressed and have all proof to say it did occur and so they have on record of this occurring as well and even though they have this information they say they want proof it come out seriously it’s beyond a joke.

So anyway now I’m having to get a statement that the money came out and a proper one that wont be available for over a month or two now so I am extremely unimpressed by the entire situation.

They have assured me that my details will not be used again and that it was setup by accident due to one of the staff using my details by accident however it doesn’t answer how those details were re-used the only way for that to happen is if they person I spoke to wrote down my details which I would think would be in breach of there Privacy Policy.

All in all I am not impressed but yea it might happen to anyone but if it were to happen again I wont be taking it lightly.

That’s my rant for the week lol

Here are the current games on my iPhone interestingly strange